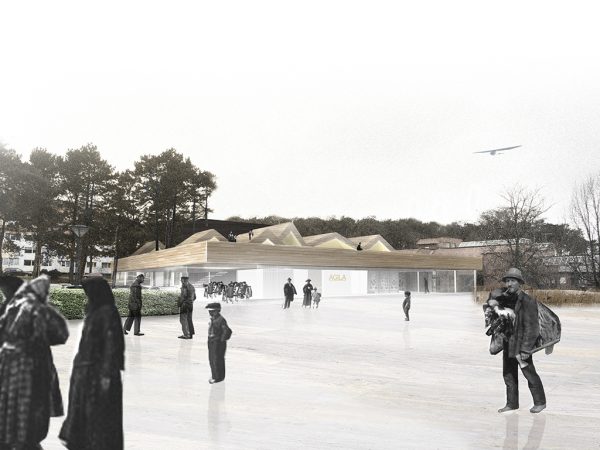 This was a competition proposal in one of the most complex and prestigious sites in Lithuania. City, or more accurately village, of Nida is in UNESCO protected area and is the most exclusive summer resort in the country. To attract more visitors during cold seasons, municipality announced an open competition for a new cultural center.

Our proposal looked at the historical feature of this area – sand buried villages and in very simple naive way interpreted it. This was the only design solution in this project, the rest of the building was so simple, as if there was no design at all – plan is a simple square with attached stage box, external walls are glazed floor to ceiling. 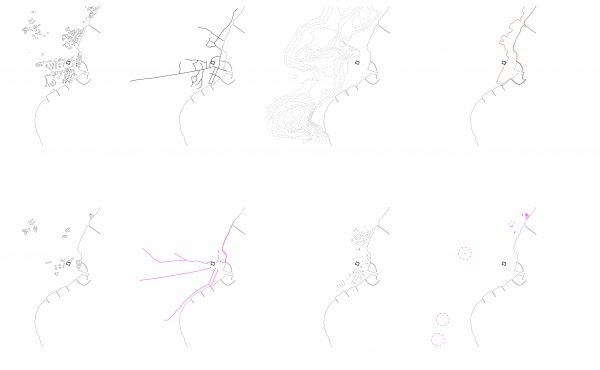 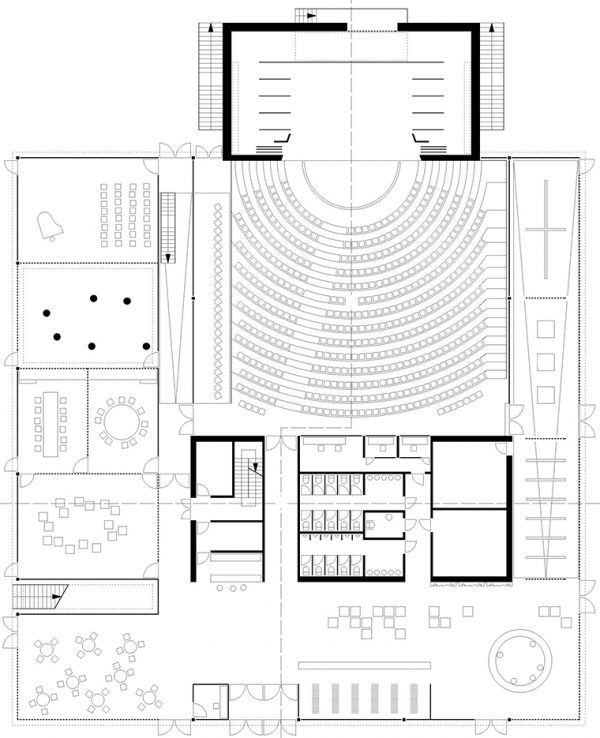