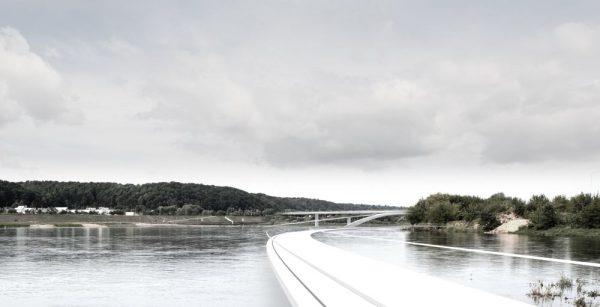 Kėdainiai bridge was an open competition for a concept of a bridge in a visually sensitive location – the intersection of two largest rivers in Lithuania Nemunas and Neris. Foreseeing the impossibility of the competition both in terms of a budget and infrastructure, we proposed an impossible project which questioned the necessity of this object in this location. What would happen if we tried to do a project which would not compromise on location? To articulate this, we moved the intersection of two rivers beyond the bridge. This radical move solved a challenge of disturbing a visually sensitive perspective and created the best possible situation in terms of location. However, at the same time, this revealed a very complex and ambitious nature of this action. Creating the best possible situation for the project, made it almost impossible to build. Location of the bridge revealed itself as a paradox.

The final comment of the jury, after revealing the winners, was that this bridge should not be built in this location. It ought to be moved further. 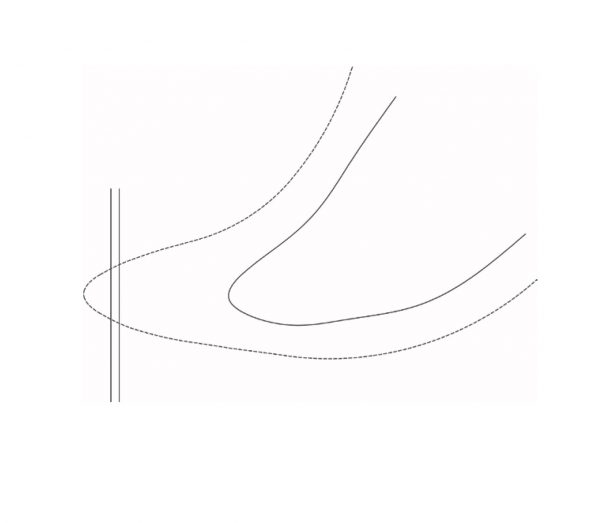 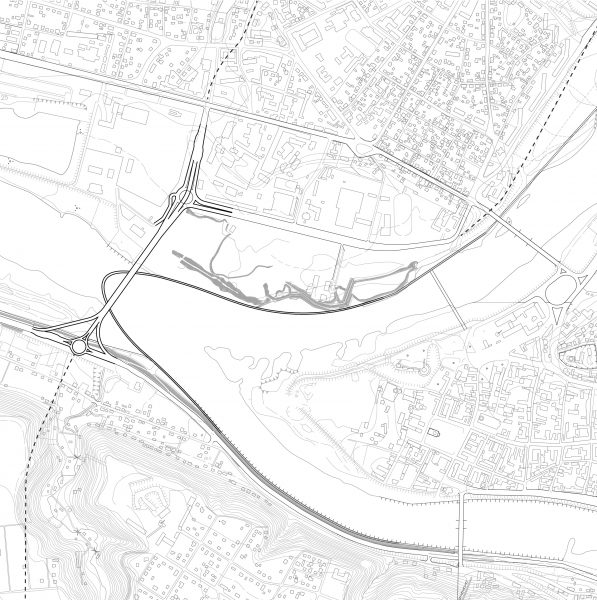 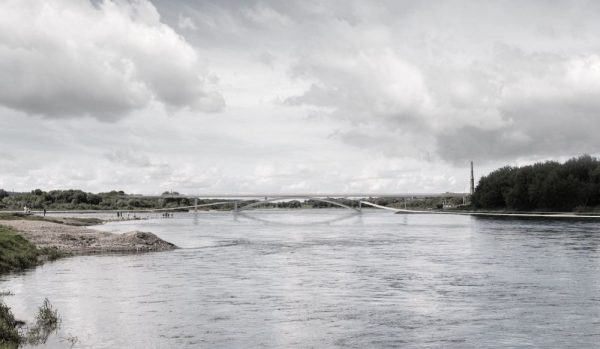 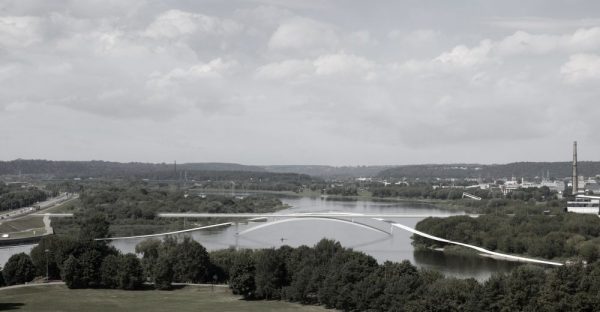