Office De Architectura was a part of the International Summer School – Promoting the Progressive: Modernism and its Value as a Historic Urban Landscape organised together with The Bartlett School of Architecture, Kaunas University of Technology and European Capital of Culture in Kaunas on June 26-29 in Kaunas, Lithuania.

The Summer School was a tool to find experimental heritage protection and development directions in the urban fabric of Kaunas. Seventeen participants from all around the world came to develop different scenarios in four different areas of the city. Proposed ideas challenged well-established notions of city development and focused on different aspects of density, social connections, economy and green environment. One of the teams explored a possibility of the densifying city centre by having a Shibuya-like street next to the inter-war heritage buildings, while another team, on the contrary, researched a possibility of having a green void in the city centre. All teams during the Summer School had to think about the social aspects of their proposals too. One of the groups showed how a radical development of a green city slope could benefit community living in the heritage area. Another team proposed to activate run-down interior of the city block by splitting it into two with an introduction of a new pedestrian street.

These experiments will contribute to further research on the progressive protection of Kaunas modernism architecture and preparation to get it listed in the UNESCO World Heritage list.

Additional information and developed proposals can be found at the http://mokykla.modernizmasateiciai.lt/en/ 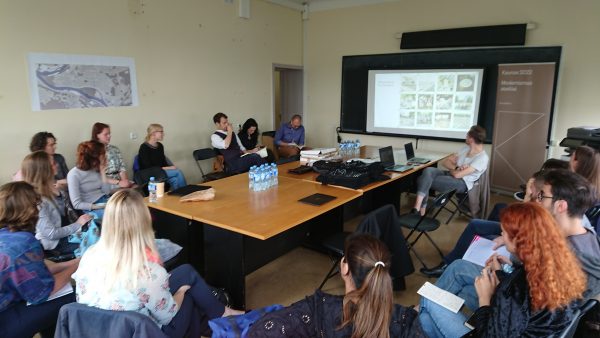 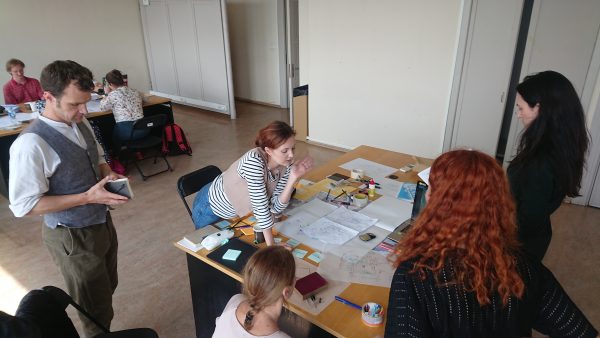